Big Crocs on the move

Behind the scenes at the zoo…

It’s been a busy summer at the zoo and the opening of the new enclosures for our Saltwater crocs and Tomistoma, meant it was time yet again for the exhausting task of moving crocodiles, and it is exhausting! It took seven men to carry the male Tomistoma to his new enclosure, but this was made as safe and as stress-free possible with the donation of a large corrugated drainage pipe from Aktimms, our local building merchants. 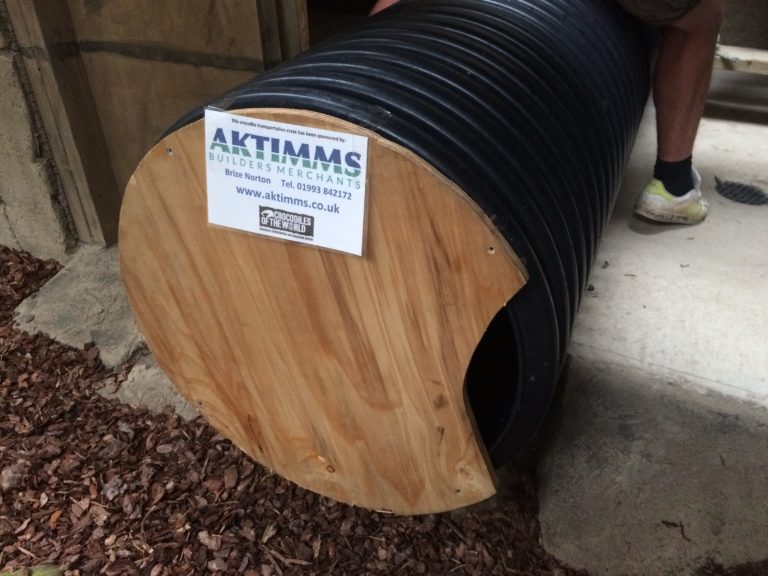 Phew, safely inside! Easy does it…

Shaun Foggett, founder of Crocodiles of the World, explained: “We do use a wide variety of techniques to safely capture and release crocodiles. Specific techniques are dependent on each individual situation and capture. You may have even seen us carry-out a physical restraint on the BBC’s Great Animal Moves. This works well and allows us to safely tape/un-tape their jaws without the need for sedatives (which can be dangerous for them) and then they can be safely carried in our arms. However, Tomistoma are a particularly shy and nervous species, so we were keen to keep the move as calm as possible, with minimal keeper contact. The drainage pipe, courtesy of Aktimms, worked brilliantly and the female swam into the tube almost immediately. The male caused a bit more trouble and we were particularly wary of his power – wow he is a big strong boy. There were some hairy moments but in the end he also swam into the tube. At 3.5 meters long and 150kgs it really was quite a work out for the Croc Team!” 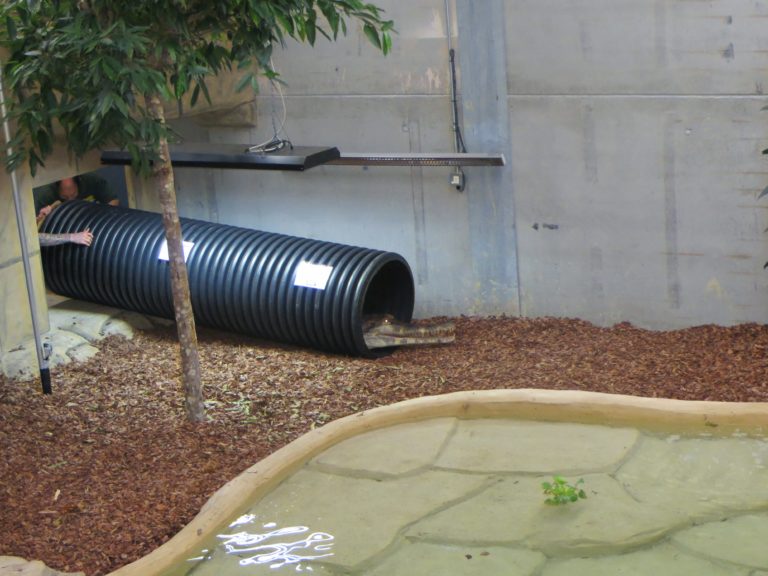 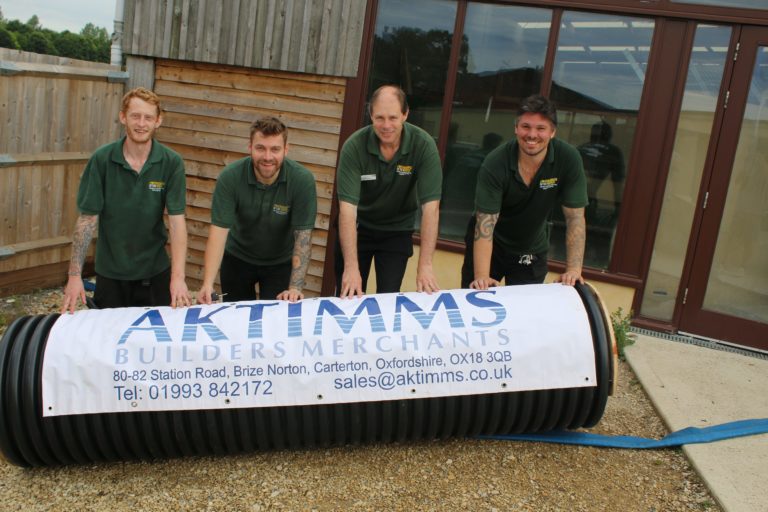 Shaun and some of the Croc Team team with the smaller of the two donated drainage pipes/crocodile transporters!

Thank you to A. K Timms & Sons. We appreciate your generosity www.aktimms.co.uk

Here you can see a brief video capturing the moment our male Tomistoma first entered his new enclosure.