Take a look at our Komodo Dragon entering his new enclosure

Christmas came early for Batu, our Komodo Dragon, as he moved into his new extended enclosure…

At just six years old, Batu the Komodo Dragon is still not fully grown and is likely to reach aim impressive 3m in length. His new home is now four times the size of his previous enclosure and will accomodate him into adulthood.

Shaun Foggett, Zoo Director said: “It’s great to see Batu in his new enclosure, it offers him plenty of space to explore as well as extensive viewing windows so that visitors can get really close to him. You can see in the video that as he enters his new area he is using his incredible sense of smell to figure out his new surroundings, moving his forked tongue backwards and forwards. You can also clearly see his powerful claws and long sweeping tail – it’s easy to see how they are such deadly predators and that’s without taking into account their venomous bite!”

He added: “There are only three other zoo’s in the UK where you can see a Komodo Dragon, so Batu is very special animal here at Crocodiles of the World. Batu is also part of the European Endangered Species Programme (EEP) and European Studbook (ESB).”

Come and see Batu in his new home, we’re open daily 10am – 5pm (Only closed on Christmas Day) 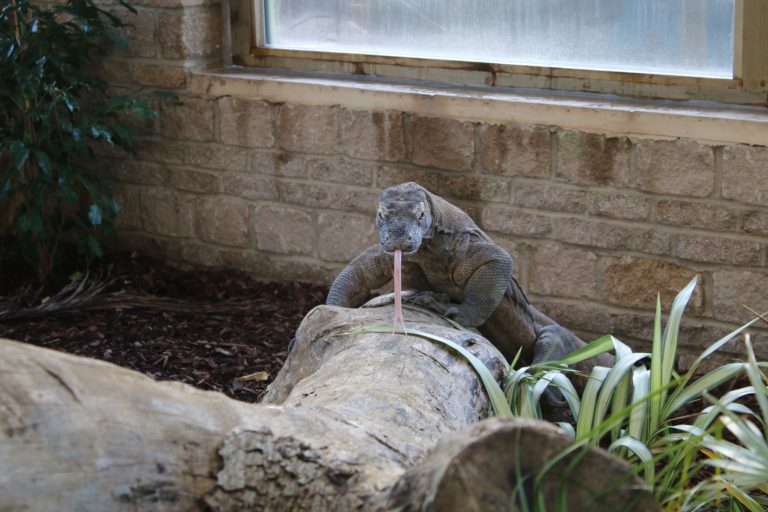