First Tomistoma to hatch in the UK

Another UK first for Crocodiles of the World!

We are proud to announce that Tomistoma are currently hatching at Crocodiles of the World. Less than a year after going on-show, our adults have clearly been very happy in their new home and are now the UK’s only breeding pair of Tomistoma. This vulnerable species is one of the biggest species of croc, yet one of the least known, making these babies incredibly special to on-going Tomistoma research. This is the first time Tomistoma have hatched in the UK making Crocodiles of the World the second zoo in Europe to successfully breed the species. 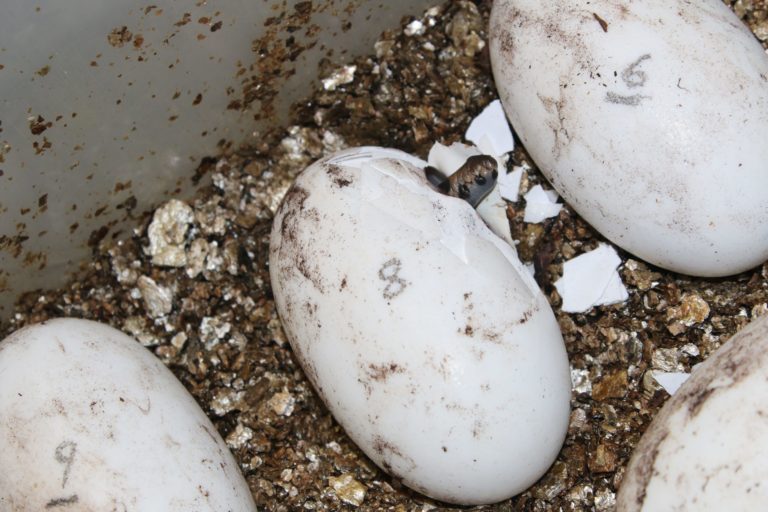 The first Tomistoma to pip 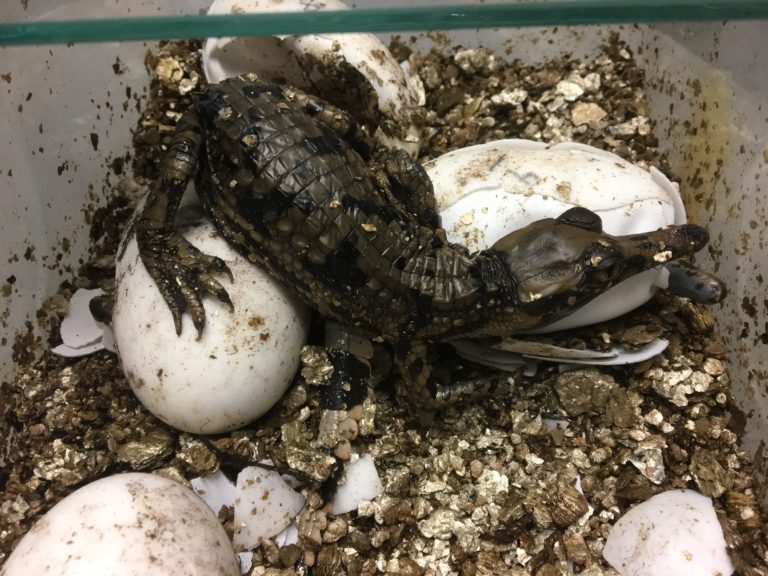 In January and February 2017 the Croc Team began noticing mating attempts from the male. The following weeks and months the animals were observed very closely and at the end of March the female began to construct a nest. On April 16th, which was Easter Sunday, at 9.57pm she dug out an egg chamber and began to lay her eggs. The following morning the Croc Team assembled to collect the eggs so they could be incubated artificially to ensure the best possible chance of hatching if they were fertile. 17 eggs were collected from the nest and they were huge! The largest egg weighed an impressive 164g and measured 100mm in length and 50mm in width. They we placed into different incubators which were all set to different temperatures. The reason for this is that the sex of crocodilians is determined by the incubation temperature, which is part of another research study on Tomistoma Crocodiles of the World is conducting. Within a day a solid white band developed around the circumference of 15 eggs. This white banding means an embryo inside the egg has begun to develop and thus the egg is fertile. On the 17th July 2017 our first two Tomistoma hatched after 92 days of incubation. This was followed by another five from another incubator on the 19th July which really pleased Croc Team member Jamie, who now shares the same birthday! Three more hatched on the 20th July and at the time of writing we are still waiting for the last five to hatch from the cooler incubator.

We are extremely proud of this wonderful achievement and we look forward to updating you all on the hatchlings progress and hope to have the hatchlings on display very soon. 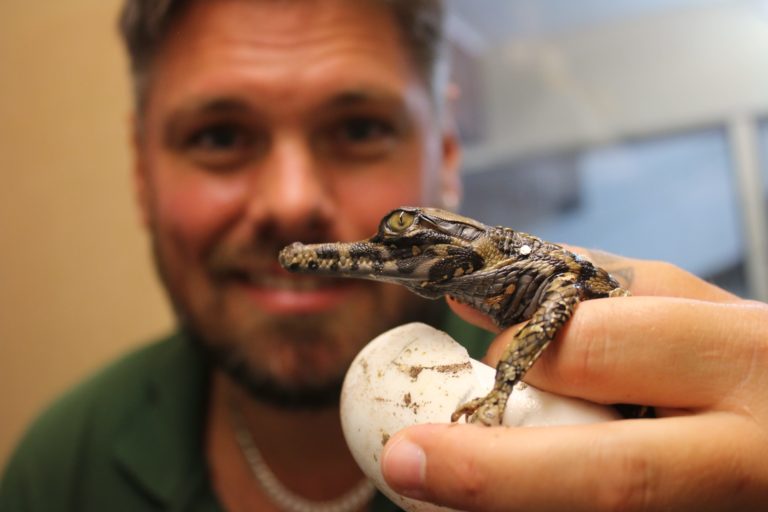 Zoo founder Shaun Foggett with a Tomistoma hatchling, below you can even see one hatching!