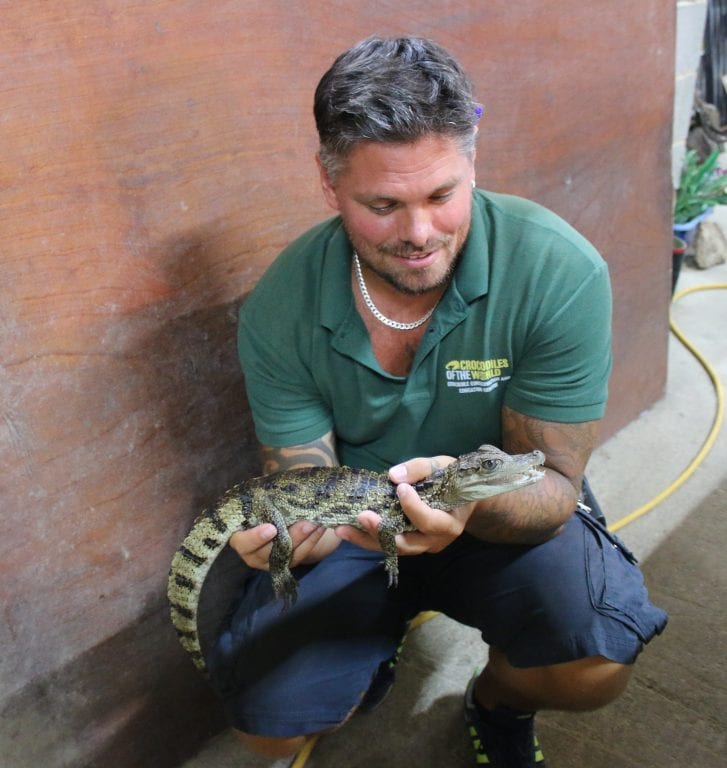 We have rescued several crocs from around the world over the years, but our latest resident is somewhat of a surprise…a baby croc from a reservoir in Bristol, Somerset!

The little guy (or girl, we don’t know yet!) was rescued by a member of Bristol Water staff after it was spotted by an engineer. Recreations and Fisheries Officer said: “It was bathing in the sun by the water when it was spotted by one of our engineers. We caught it and put it in a container; we thought it was an alligator. Although its mouth was open and it was hissing, we didn’t think it was dangerous. We have found terrapins in the past, but to find a reptile like this was very surprising.”

Although rescuers initially suspected it to be a baby alligator, we can confirm that it is in fact a Spectacled caiman. This medium-sized species are native to Central and South America. Measuring 2ft from nose to tail, if this this little croc is a male it could reach up to 6ft in length.

Shaun Foggett, Zoo Director said: “He looks in pretty good health, so he really couldn’t have been there for long before being rescued. I suspect he was privately kept and proving too difficult for its owner. Although small, they are still incredibly powerful if they want to be.” Shaun added: ” There’s no danger of finding Mum as crocs just can’t survive in our climate, so this little one has been incredibly lucky to be spotted so quickly. ”

To find out more about Spectacled caiman click here 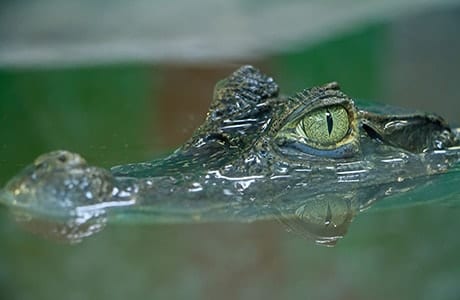