Opened in February 2011 – the realisation of a lifelong dream of our founder, lifelong crocodile conservationist, Shaun Foggett – Crocodiles of the World is dedicated to the conservation of crocodiles, alligators, caimans and the related gharials.

At Crocodiles of the World, we educate people about crocodiles.

We provide engaging experiences with animals and create and share knowledge to promote awareness and conservation. We serve as a visitor’s centre, where people can learn about crocodiles and get a close view of the world’s most effective predators in complete safety.

Whether through interaction with animals or through creating engaging educational experiences, we hope that we can immediately dispel any notion of crocodiles as being “menacing” slow and sluggish animals and spark visitor interest and curiosity.

Indeed, we remind people that if Earth’s history were condensed into just 24 hours, life would have appeared at around 4:00 am, crocodiles at 10:40 pm, dinosaur extinction at 11:41 pm, and human history would have began at 11:58:43 pm. 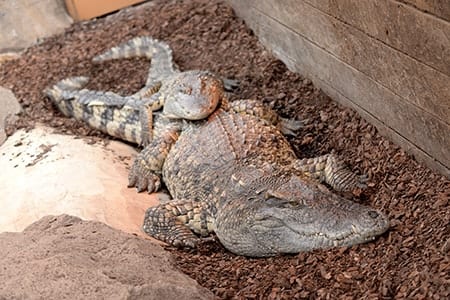 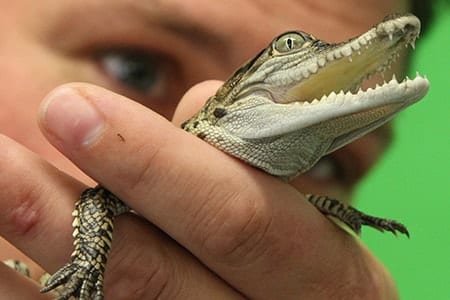 We have listed below a few of our greatest achievements to date.

Along the way, we’ve continued contributing to conservation projects around the world, become a fully-accredited BIAZA zoo, and some of our staff are key figures in several of the BIAZA committees.

Conservation of the world’s crocodilians:

The major threats crocodilians in the wild face is the loss, destruction or degradation of habitat. In the past, the unregulated (that is, uncontrolled) hunting of crocs for their valuable skins was the prime concern for their survival. Now, this isn’t any particular concern except in very few cases (if you’re wondering about the crocodile skin products you still see available, these come from registered farms and most of these farms contribute to crocodile conservation – read more here). However, for some species and in some areas, the crocodile populations had not recovered from the hunting of the 1900s, so when habitat loss became an issue it just makes the recovery of those populations that bit harder. For those, the remaining populations are small and spread out into small pockets of habitat. We call these populations ‘fragmented’ since there are no connections between these isolated populations.

Habitat loss can be from:

As of early 2022, seven crocodilian species are Critically Endangered:

Four species are listed as Vulnerable:

Those highlighted are species we house here at Crocodiles of the World.

The remainder are Lower Risk, considered to have either extensive population numbers, range or both.

This represents a vast improvement since the early 1970s, when most crocodilian species were endangered or at least significantly reduced in numbers.

See our Foundation page to discover how we are directly contributing to crocodile conservation. 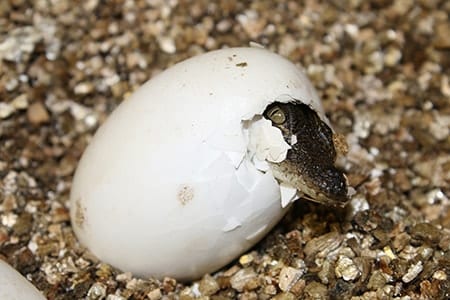