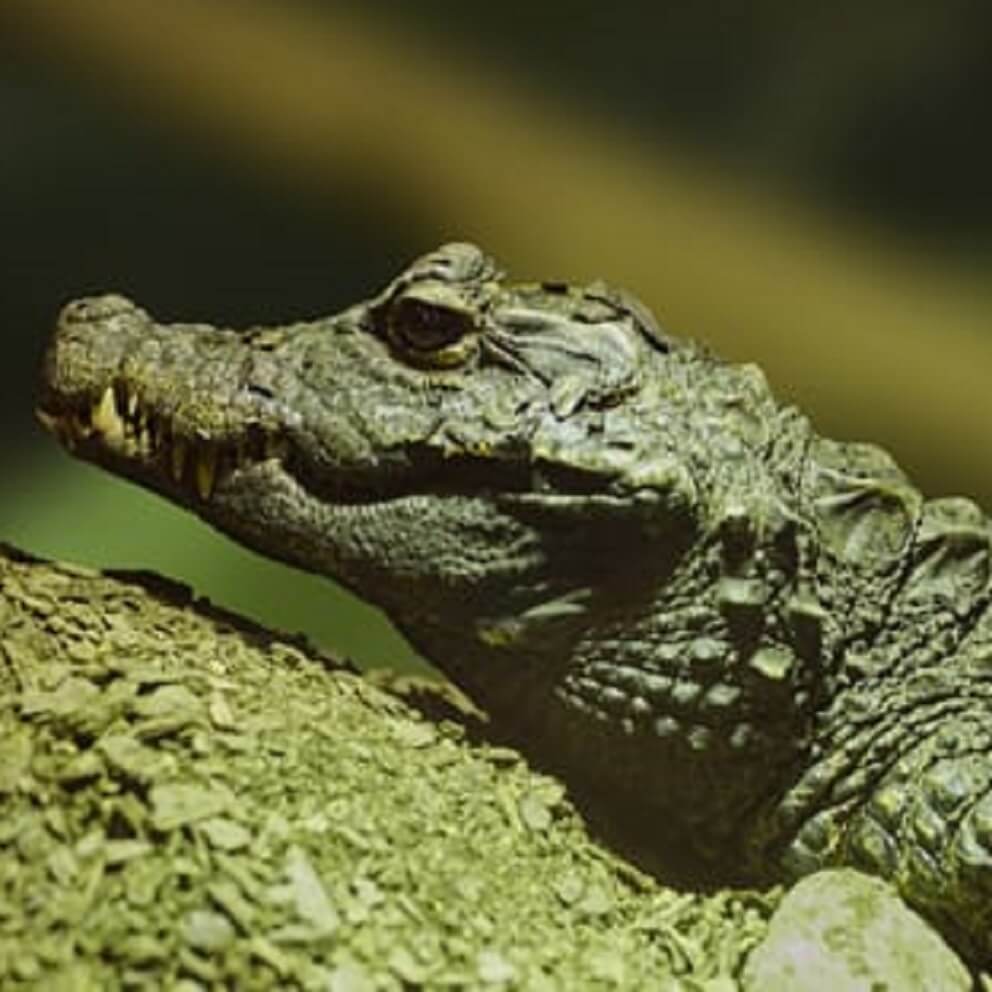 The West African dwarf crocodile is the world’s smallest crocodile, growing up to 1.8 metres (5.9 feet). It is found alone or in pairs, in burrows and the hollows of low lying tree branches at the waters edge. It is a heavily armoured crocodile, which is dark in colour on the back and sides with a yellowish belly featuring many black patches. Dwarf crocodiles are a little-known species, unlike their more studied relatives.

The West African dwarf crocodile is classified as Vulnerable on the IUCN Red List of Threatened Species.

It is listed on CITES Appendix I.

Note that dwarf crocodiles probably comprise of several species or subspecies, so the ranges of each of these populations will be determined once genetic studies on the populations are complete. 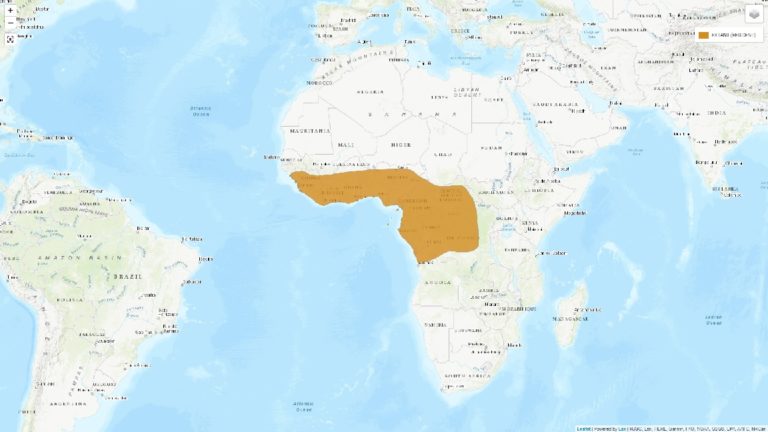 This species is found mainly in swamps and swamp forests, with a preference for standing or slow-moving bodies of water. Occasionally, dwarf crocodiles may occur in pools in savannah habitats, where they are reported to spend the dry season in burrows or hidden beneath tree root structures.

The diet tends to change throughout the year, with fish being taken in the wet season when swollen rivers bring an influx of fish into their habitats occupied by the dwarf crocodile. In the dry season, when fish are not readily available, they feed mainly on crustaceans and amphibians. It is also thought that this species may feed on some terrestrial prey species.

The dwarf crocodile is designated as a vulnerable species in the wild. They are at threat from habitat change, and are often killed for food. Accurate population data is very limited. They may be locally abundant in some countries such as Cameroon, but have suffered population depletion in others such as Gambia.

The small size and non-aggressive nature of the dwarf crocodile makes its capture and transport relatively easy, and so it is the most heavily hunted crocodile in the area. Dwarf crocodiles are hunted unsustainably for the unregulated bush meat trade.

Though some skins are used in local manufacturing of leather products, they are of poor quality, so there is little interest in captive breeding or a sustainable use program.

Our pair of West African dwarf crocodiles, Monty and Jolie, is a long-established breeding pair, which has produced several clutches of hatchlings for us in the past.

It is immediately evident when Monty and Jolie are expecting, as they become increasingly territorial and distrustful of the zookeeper team. Such is their protective instinct that during the incubation period, the pair is typically left undisturbed as much as possible as they keep diligent guard of the nest mound. They really are excellent parents!

Monte and Jolie’s off-spring have been sent to zoos around the UK and Europe.