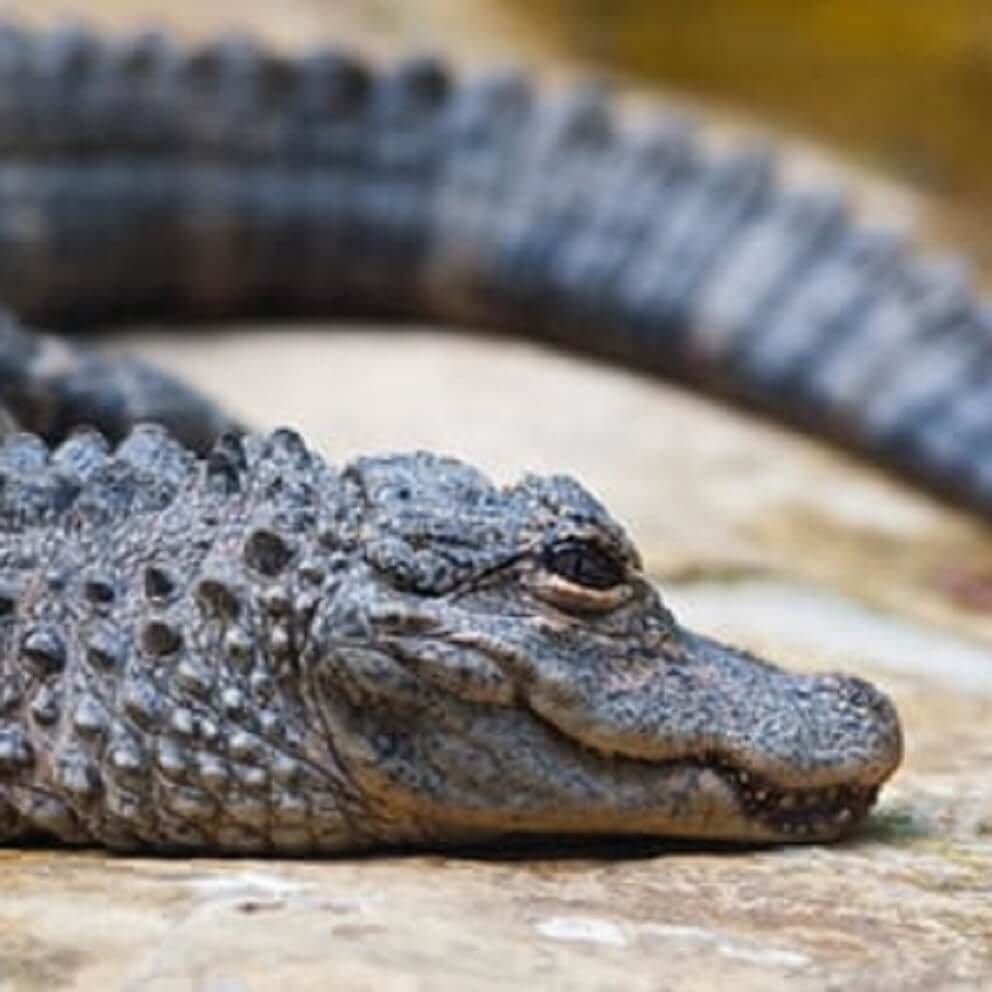 Chinese alligators, also known as Yangtze alligators, live in just a small part of northeastern China. It is one of two known living species of alligator. Adult males grow to about 2 metres (6.5 feet) and can weigh up to 40 kg (88 lb). They are mostly found in slow moving bodies of water such as streams, rivers and swamps. For 6 or 7 months of each year they hibernate within burrowing holes and tunnels, which is unique among crocodilians.

The Chinese alligator is classified as Critically Endangered on the IUCN Red List of Threatened Species.

It is listed on CITES Appendix I. 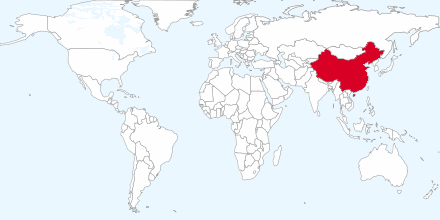 The Chinese alligator originally ranged through much of China. However, today this species is mostly restricted to a 433 square kilometre reserve in the Anhui province of the lower Yangtze. At this point, the alligator’s geographic range has been reduced by 90%.

Reintroduction efforts are currently underway in three other provinces in eastern China.

Chinese alligators are mainly active at night and do much of their hunting under the cover of darkness. They feed on aquatic invertebrates (mainly snails, clams, and mussels, for which their teeth are specially adapted), and vertebrates such as fish. Like all crocodilians, they are opportunistic and will take other prey when available, including waterbirds and small mammals.

The Chinese alligator is one the world’s most endangered crocodilians. The 2009 IUCN Red List has the alligator listed as a critically endangered species. To make that list, the species must have a decline of greater than 80% of the species population in a certain area of occupancy.

Recent progress by the Chinese government means the future outlook is a little brighter. Habitat destruction has been the major cause of decline, with most wetland areas being affected due to human population pressures. Today both Chinese and international law protect it.

Breeding centres are the main focus of re-establishing the species. The largest of them, the Anhui Research Center for Chinese Alligator Reproduction (ARCCAR), was founded in 1979, and stocked with over 200 alligators collected from the wild over the following decade. With the help of the council of China, some alligator habitat has been restored and protected, aimed at eventually reintroducing captive-bred animals into wild habitats and populations.

We are currently home to two Chinese alligators.

Zen, our male Chinese alligator is known for his fiery temperament and can be an extremely difficult gator to live with. So sadly the pair have had to be separated on numerous occasions. Unfortunately this is common with Chinese alligators, which are notoriously difficult to breed in captivity due to their unique social and breeding behaviours in which both adult females and males are solitary. Even in the wild the reproductive rate is low. The hope is that over time they can be carefully reintroduced to one another and learn to live together happily.