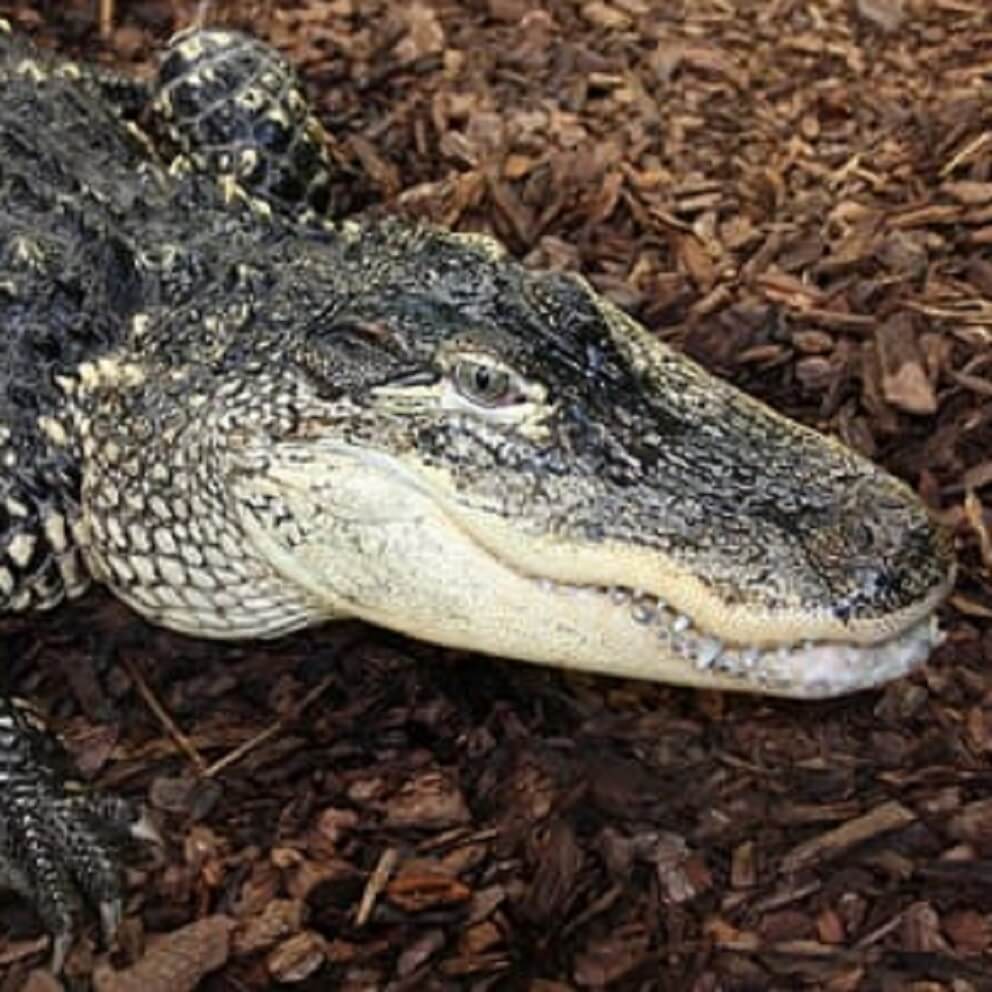 The American alligator is native to the southeastern United States. Though often confused with various crocodile species, the American alligator can be distinguished by its rounded snout, and by the fact that when the jaws are closed, none of the lower teeth are visible. The average length for an adult female is around 3 metres (9.8 feet), and for a male 3.4 to 4.6 metres (11.1 to 15 feet). They prefer slow moving relatively deep water. This species does not have a salt gland, but they can tolerate salt water for brief periods.

The American alligator is classified as Lower Risk/least concern on the IUCN Red List of Threatened Species. 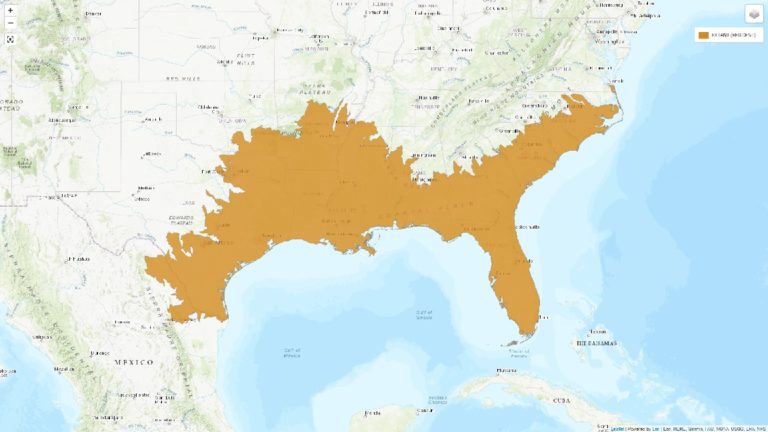 The American alligator is found in the southeastern United States, occurring in the states of Alabama, Arkansas, North and South Carolina, Florida, Georgia, Louisiana, Mississippi, Oklahoma and Texas, as far west as the Mexican border.

American alligators prefer freshwater wetland habitat, including lakes, swamps, rivers, ponds, even man-made lakes on golf courses (what they call in golf a ‘hazard’). Some populations inhabit coastal mangroves but need to return regularly to freshwater habitats. American alligators can cope with cooler temperatures than can the more tropical crocodiles, and retreat to dens in the cooler part of the year.

An apex predator, a fully-grown American alligator is capable of taking nearly all aquatic and terrestrial prey that it encounters. They are opportunistic hunters and take a wide variety of prey, including invertebrates, fish, birds, turtles, snakes, amphibians, and mammals. The coypu, also known as the river rat, are perhaps the most regular prey for adult alligators. Muskrats and raccoons are some of the most commonly eaten species.

The American alligator is the only known natural predator of the panther.

Recently, breeding populations of large non-native pythons, boas and other large constrictors have overtaken the Everglades, along with other invasive species from breeders, dealers or escapees and deliberate releases of captive animals. Although predation on younger alligators by these snakes has been observed, adult alligators predate these animals also. The impact of these invasive species on the overall alligator population has not been determined.

Historically, hunting and habitat loss had decimated alligator populations throughout their range. However, the species has made a remarkable recovery. Due to strict conservation measures beginning in the 1960s, and extensive research, it is no longer an endangered species. Most US states that have wild alligator populations permit a short hunting season with careful controls in place to limit the numbers taken. Alligator farms have been an essential part of the conservation solution, with sustainable use being the foundation of such programs. The greatest threat is currently destruction of habitat due to human encroachment.

Although definitive scientific proof is difficult to establish as to an organism’s ‘value’ to an ecosystem, Alligators are rightly regarded as apex, top-of-food-chain predators. Young alligators are of course important food sources for other animals in the same system. Alligators will excavate large holes, called ‘alligator holes’, within their wetland habitats. These holes become the only permanent water bodies in the area during the dry season, providing water, refuge and food for other species within the area.

With an increasing alligator population, there is also an increase in conflict between gators and humans. Alligators are now found on golf courses, in community lakes, even swimming pools. The risk to humans is mitigated to an extent with a ‘nuisance alligator program’ that removes such animals before the situation becomes more serious. Management of alligators, habitats and the people that use these areas coordinates the approach to ensure that all users of the system – people and wildlife – can coexist.

We are currently home to a male American, called Albert, and a female called Daisy.

Daisy is a long-time resident at Crocodiles of the World and was a star of Channel 5’s Croc Man documentary series.

Albert, mature male American alligator came to us from another zoological collection and arrived on 25 March 2013. At 3.08 metres (10.1 feet) in length, Albert is ever so slightly longer than Hugo, our male Siamese crocodile. But weighing a formidable 180 kg (397 lbs.), he has a significantly broader and more heavy set build.

They have bred a number of times now, with off-spring used in our educational programs, sent to other zoos around Europe, and even placed back in with mum and dad to show visitors the parental care that crocodilians are famous for!