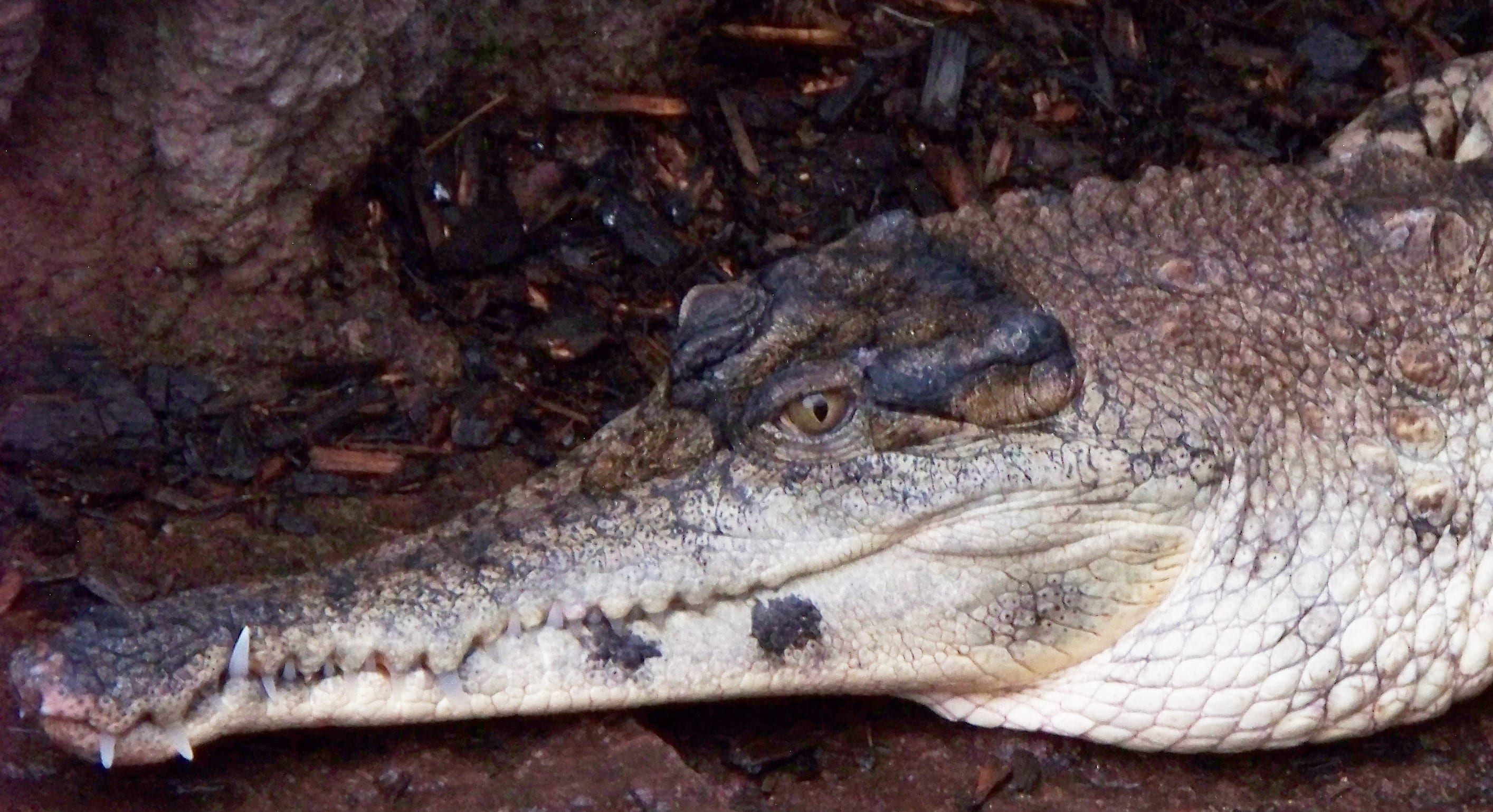 The Slender-snouted crocodile is a narrow-snouted, medium sized species native to freshwater habitats in central and western Africa. They are a very shy and secretive species and consequently in 1996 the IUCN rated them as ‘Data Deficient.’ In 2014 this was reviewed and Slender-Snouted Crocodiles were listed as ‘Critically Endangered.’

The Slender-Snouted crocodile is classified as ‘Critically Endangered’ on the IUCN Red List of Threatened Species.

The species is distributed throughout western tropical Africa from Lake Tanganyika and Lake Mweru in the east/southeast to the Gambia River in the west. It occurs from sea level up to 600m. The species is native to Cameroon; Central African Republic; Congo; The Democratic Republic of the Congo; Côte d’Ivoire; Gabon; Gambia;
Ghana; Liberia; Sierra Leone; Tanzania; Nigeria; Guinea; Senegal.

Like most crocodilians, the young crocodiles feed primarily on small fish and a variety of invertebrates; adult animals are primarily piscivorous (fish-eating) although they have been observed to consume mammals, turtles and birds. Gabonese fishermen have also reported it feeding on aquatic snakes.

To date the only known conservation actions for this species are not targeted specifically at it but rather at communities and landscapes (e.g. national parks and national legislation). Threats to
the species now include habitat loss, fisheries that reduce prey base, and limited hunting for the bush-meat trade.

Project Mecistops is an initiative in Côte d’Ivoire that is working towards reintroduction of the species using a captive breeding programme.

Cordelia joined us in the summer of 2016 and represents a new species for the zoo. Upon arrival she measured 2.4m in length. Cordelia was born in 1998 at Emmen zoo in Holland and despite their reputation for being rather shy, Cordelia (‘Cora’ for short) is actually pretty feisty. Think she’ll be keeping the Croc Keeper’s on their toes!