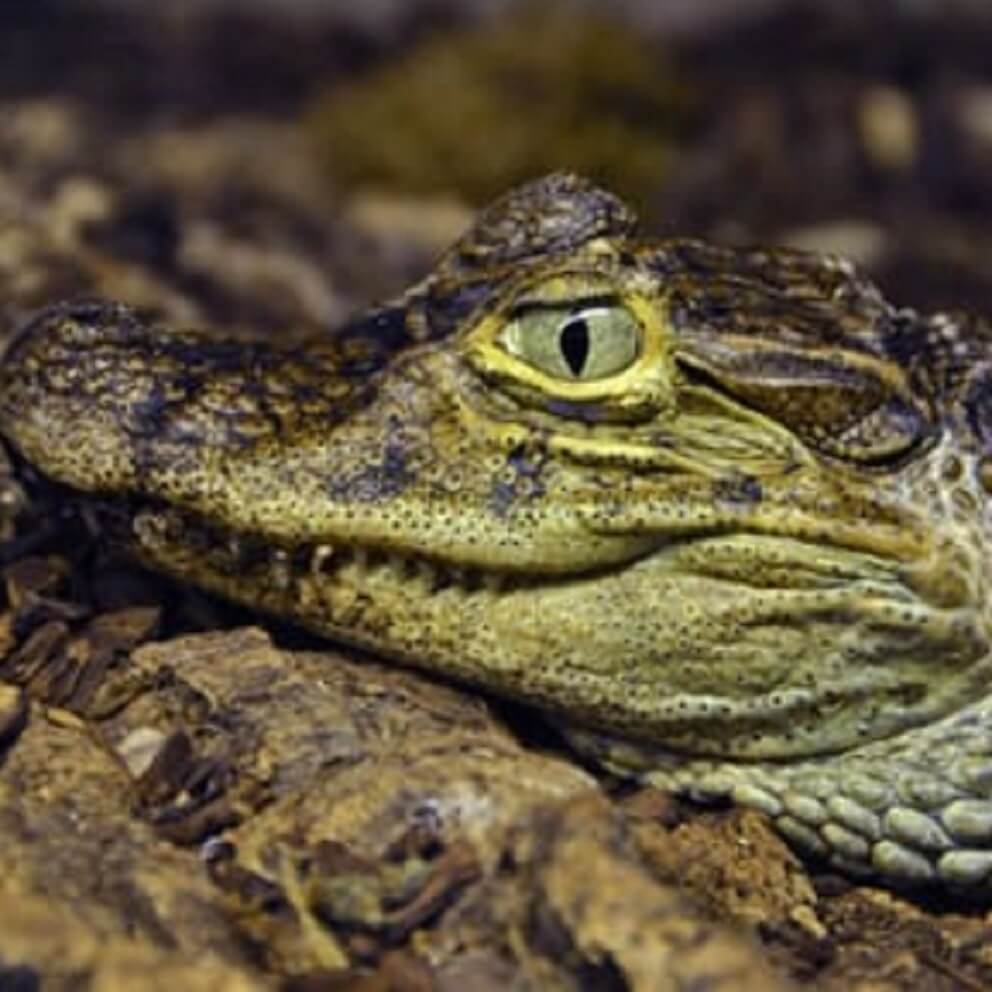 The broad-snouted caiman is a medium-sized, highly aquatic species of caiman that prefers marsh, swamp, and mangrove habitats. It is generally found in densely vegetated, quieter waters. Adults can reach a length of 3 metres (9.8 feet), but most males grow no larger than 2 metres (6.5 feet). Females are usually smaller. As its common name implies, it is easily recognised by its exceptionally broad snout that is nearly as wide at the eyes as it is long. Its powerful jaws enable it to crush the crustacean carapaces and mollusc shells upon which it feeds.

The broad-snouted caiman is classified as Lower Risk/least concern on the IUCN Red List of Threatened Species.

This species is listed on CITES Appendix I (except the population of Argentina, which is included in Appendix II).

The broad-snouted caiman is found in eastern and central South America, including southeastern Brazil, northern Argentina, Uruguay, Paraguay and Bolivia. It is found mostly in freshwater marshes, swamps, and mangroves, usually in still or very slow-moving waters. It will often use cattle stock ponds.

Its diet consists mainly of small invertebrates, and it can crush shells to feed on turtles and snails. Their jaws are particularly well suited to crushing the shells of crustaceans and turtles. As the size of caiman increases, the size of its prey tends to increase, including birds, fish, and reptiles.

This species is still widespread, but habitat loss, pollution and illegal hunting pose a risk. Its skin is greatly valued for its smooth texture. Until recently, this was the largest threat to the broad-snouted caiman. However, most countries have made hunting them illegal, which has helped them to recover their population.

Some depleted populations have been restocked and sustainable harvesting of this species has been implemented in some areas. This has proved most successful in Argentina, where ranching programmes have discouraged illegal hunting by rewarding local people for finding caiman nests, a set number of which are then taken so that the hatchlings can be harvested for their hides.

We are home to a beautiful female broad-snouted caiman, who is particularly noticeable for her greenish-yellow colouration.