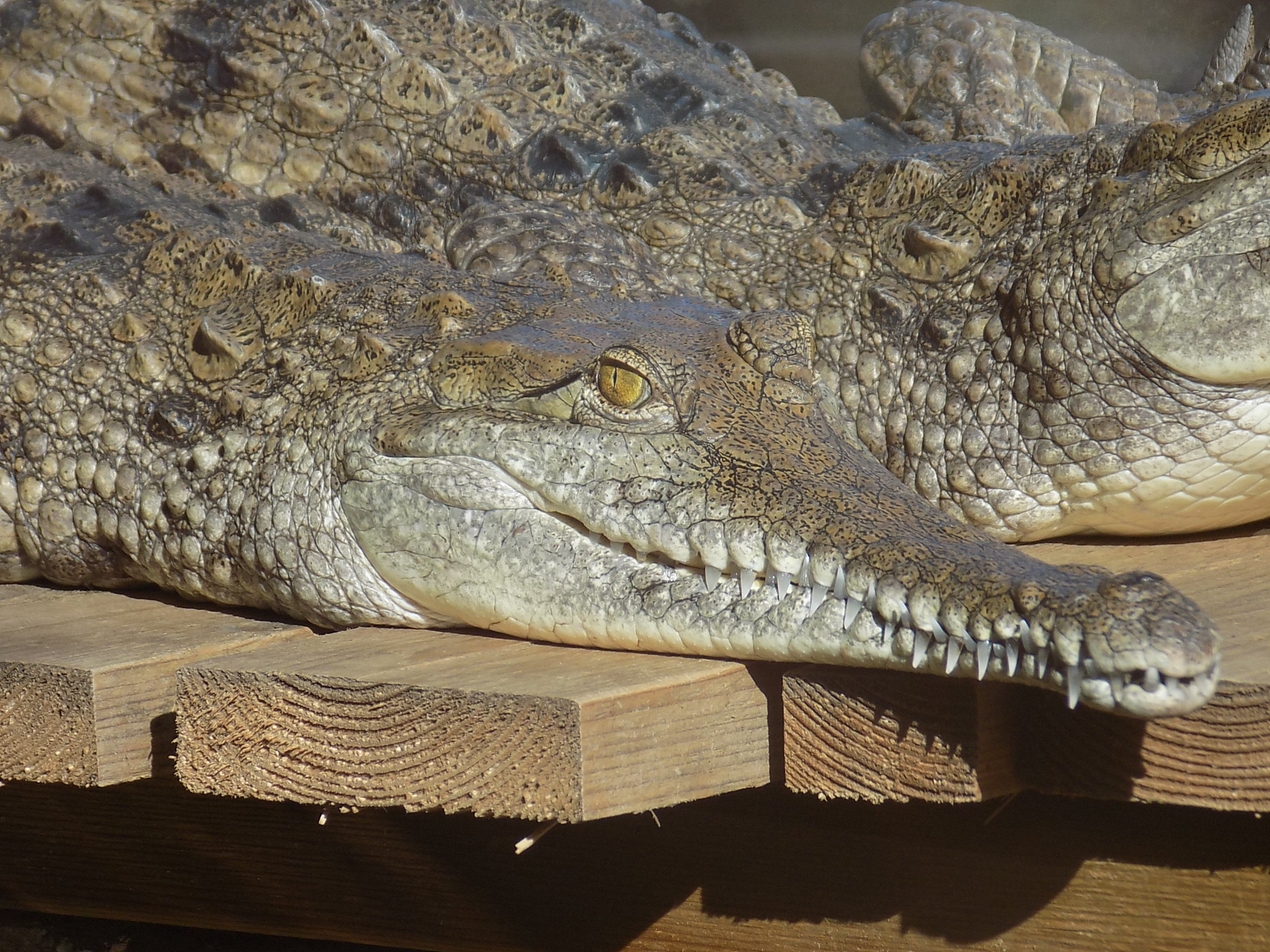 Their jaws are quite narrow, making them easily distinguished from the saltwater crocodiles that also inhabit parts of their range.

Freshwater crocodiles are listed as Lower Risk/Least Concern on the IUCN Red List of Threatened Species. It is listed on Appendix II of CITES. 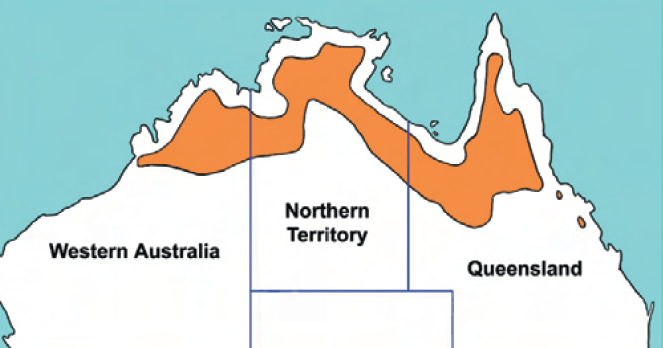 Almost any permanent freshwater body is inhabited by freshies, including rivers, lakes, swamps, and ‘billabongs’, or lagoons.

Some populations exist in the rocky escarpment streams in the Arnhem Land region. These populations are noticeably stunted, probably due to limited food resources.

Freshwater crocodiles feed mainly on invertebrates and small vertebrates, such as fish, frogs, and toads. As with all crocodilians, as they grow, the food they eat is progressively larger.

Freshwater crocodiles were hunted for their skins until the late 1960s, when they were afforded legal protection.

A small sustainable use scheme was attempted to make them a valuable commodity, but this ceased due to the low value of their skins.

Because of the narrow jaws, freshwater crocodiles are occasionally entangled in fishing nets and drown.

This species is widespread, and numbers are abundant. There is little threat of extinction for freshwater crocodiles. Lake Argyle and Lake Kununurra regions in Western Australia have the largest populations, with over 30,000 crocodiles.

Our freshwater crocodiles are on view near the tortoise area, sharing their pool with two Fly River Turtles. These crocodiles are lively little fellas, so feeding them is always a challenge! They were bred at Frankfurt Zoo in Germany.