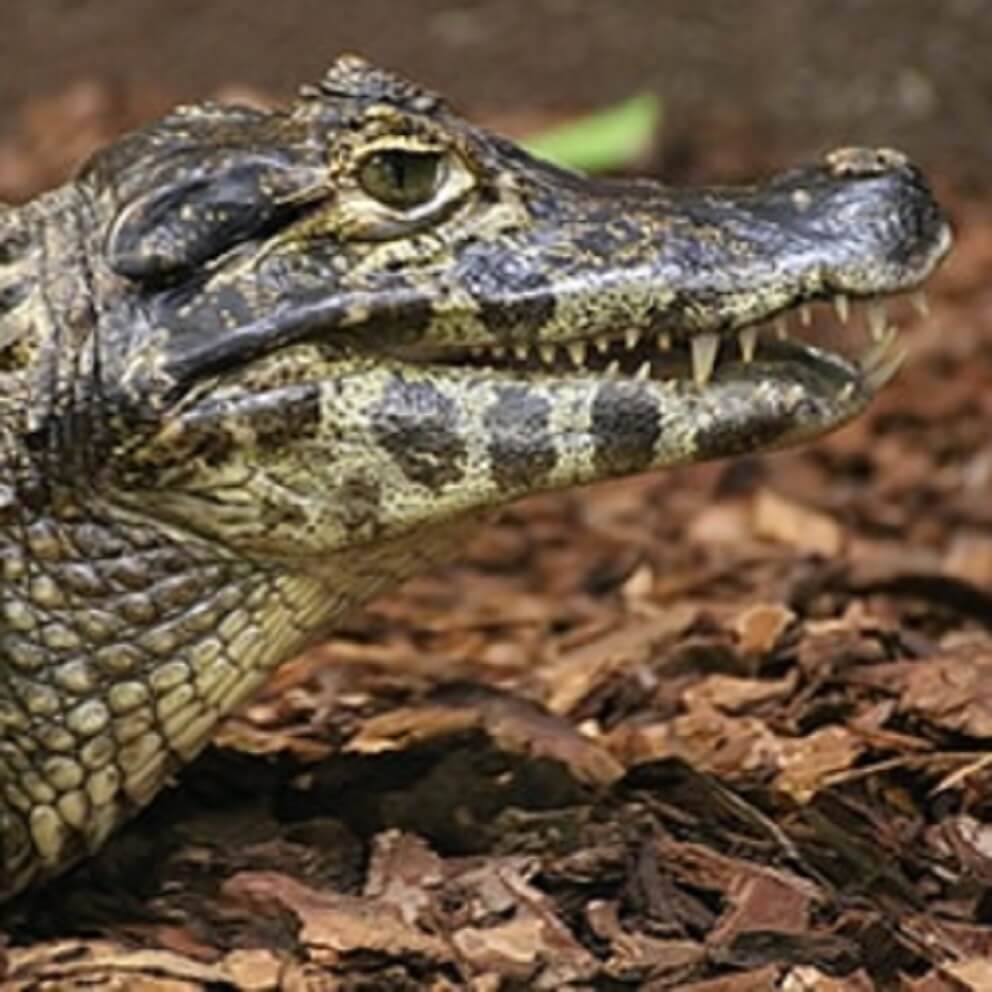 Once heavily hunted for its valuable skin but now protected, the Yacaré caiman is found in incredibly large populations within the Brazilian Pantanal. They are similar in appearance to the spectacled caiman, and reach a maximum adult length of 3 metres (9.8 feet). Like the common caiman, its scales have well-developed osteoderms. Their smaller size makes them a favourite prey of jaguar and anaconda.

The Yacaré caiman is classified as Lower Risk/least concern on the IUCN Red List of Threatened Species.

Juvenile Yacaré caiman feed primarily on aquatic invertebrates and vertebrates; particularly snails, molluscs, crustaceans, and fish. Adult caimans take a wide variety of fish (especially piranha) and birds, with the occasional capybara being taken by larger individuals. The Yacaré caiman is sometimes referred to as the piranha caiman, due to its appetite for piranha fish.

Their relatively small size makes them a potential prey of the jaguar and anaconda.

Although being depleted compared to historical populations, the Yacaré caiman is still widely distributed. Illegal hunting during the 1970s and 1980s had a significant negative impact on this species, and organized poaching remains a problem in parts of its range. Habitat destruction is also a threat.

Sustainable yield programs are in operation in several countries. These programs need to be further developed in conjunction with improved habitat management, education, and studies of wild population dynamics.

Our female Yacaré caiman came to us from Lakes Aquarium in December 2012.

Originally part of a successful breeding programme at Blackpool Zoo, she came to us from the Lakes Aquarium at Lakeside, where she had outgrown her enclosure. On arrival she weighed 13 kg (29 lbs.), measured 1.37 metres (4.5 feet), and was in excellent health.

The male came to us in 2016 from Canada. Although he can give the female the occasional headache, they generally get on well.