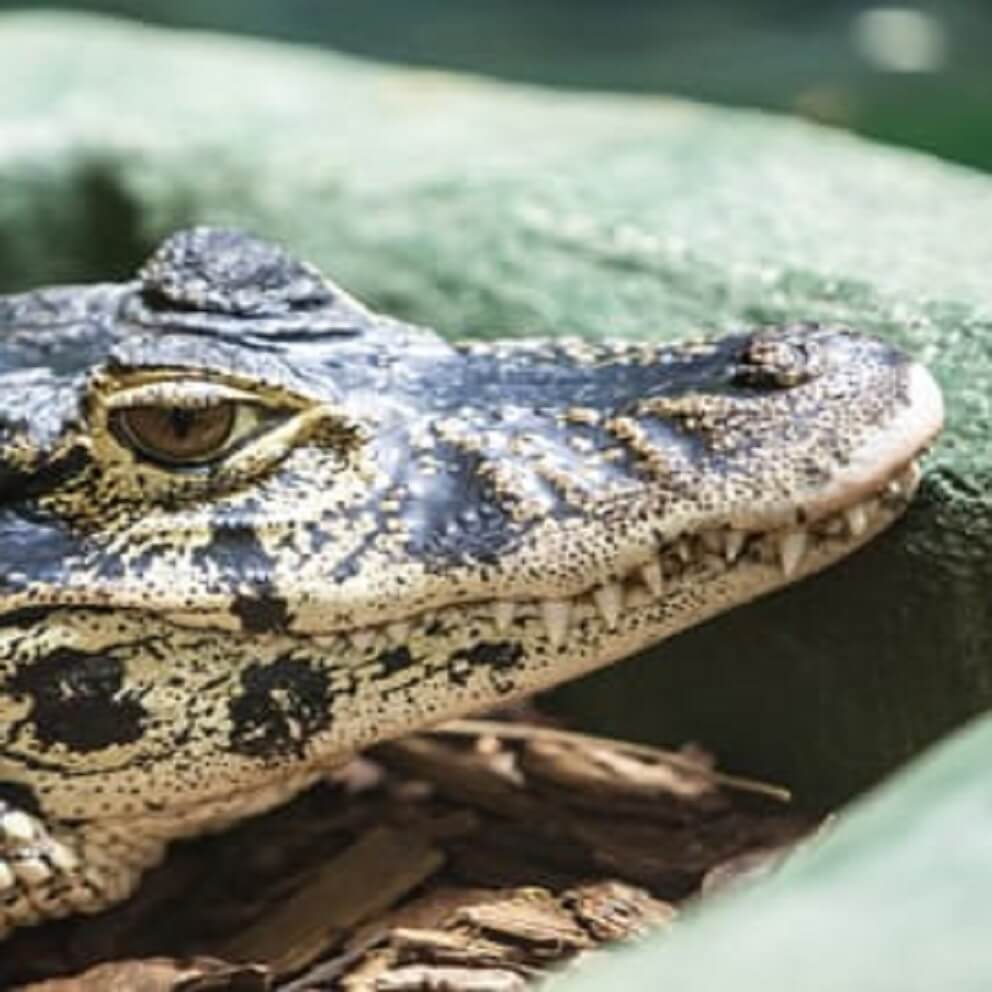 The black caiman is the largest member of the alligator family, and the largest predator in the Amazon River basin, with adult males averaging 4–5 metres (13.1–16.4 feet) in length. The species gets its name from its dark, black skin colouration, which provides camouflage during nocturnal hunts, and is thought to help absorb more heat. Once common, it was hunted to near extinction primarily for its commercially valuable hide. It is now making a comeback, listed as Conservation Dependent.

The black caiman is classified as Lower Risk/conservation dependent on the IUCN Red List of Threatened Species. 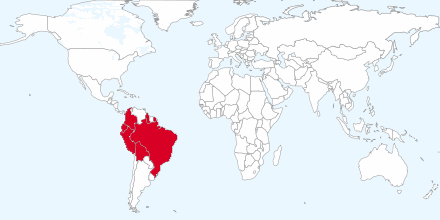 The black caiman is found in the Amazon River basin. This aquatic reptile occurs in shallow, freshwater habitats such as slow-moving rivers, streams and lakes, and ventures into flooded savannah and wetlands.

Little information was available about this species until the 1980s, when research was carried out into both biology and population ecology. There is still much to learn about the black caiman.

Hatchling black caiman mostly eat small fish, frogs and invertebrates such as, crustaceans and insects but as juveniles graduate to eating larger fish, including piranhas, catfish, and perch, which remain a significant food source for adult black caiman.

Fish comprise the major part of an adult black caiman’s diet (especially piranha fish and catfish), but they also tackle birds, turtles, and large mammals. Mature adults have no predators other than jaguars, large constricting snakes (boas and pythons) and humans, and are one of the apex predators in their habitat. They are capable of taking large land-dwelling mammals, including capybara, deer, buffalo, and non-poisonous snakes, such as anacondas and pythons.

Black caiman populations have recovered dramatically from low levels in the 1970s, when they were considered critically endangered. The trade in black caiman leather peaked from the 1950s to 1970s, when the smaller but much more common spectacled caiman became the more commonly hunted species.

In 1990, a captive breeding and reintroduction programme was initiated in Bolivia.

Population recovery today is threatened by continued illegal hunting, and through increased competition with the more numerous spectacled caiman. Habitat destruction through deforestation is also a threat. Local people still trade black caiman skins and meat today at a small scale, but the species has recovered overall from the overhunting of the past.

Crocodiles of the World is the only place in the UK to see black caimans. We are currently home to two beautiful caimans.

Both animals have been with Shaun for many years and were among the zoo’s first inhabitants.

Currently the pair is separated, mostly because of some ill-tempered incidents, but they have cohabited before and may in time again share an enclosure at the zoo. However, for the most part, black caimans are solitary animals that gather only during the mating season.