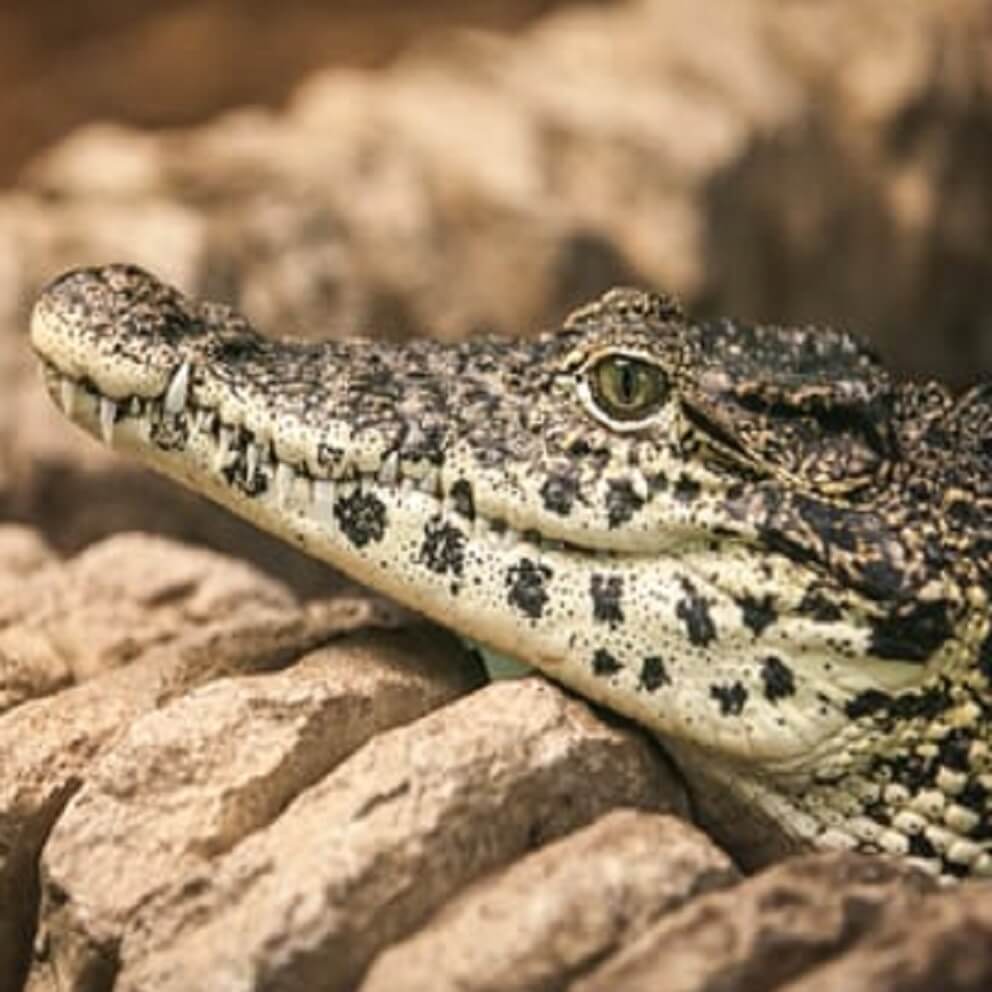 The Cuban crocodile is a medium-sized species found in just two swamp habitats in Cuba: the Zapata Swamp and on the Isle of Youth. Males reach a maximum length of 3.5 metres (11.4 feet), although larger individuals are occasionally reported. It is quite adept on land, with stocky legs that permit confident and rapid terrestrial locomotion. Often regarded as aggressive in captivity, it is more the proximity of keeper and croc in captivity coupled with a strong feeding response and a highly curious nature that can make these a difficult crocodile to safely maintain in captivity. Capable of galloping on land and extreme speed in the water, Cuban crocodiles do keep staff on their toes!

The Cuban crocodile is classified as Critically Endangered on the IUCN Red List of Threatened Species.

This species is listed under Appendix I of CITES.

This species is no longer found in most of its historic range and is currently restricted to two relatively small areas in Cuba. Its principal distribution is in the Zapata Swamp, where it occupies an area of 360 km². In the Lanier Swamp on the Isle of Youth its present distribution is 35 km².

It has the smallest range of any living crocodilian species. No wild Cuban crocs have been seen in the Lanier Swamp for over a decade, so efforts to secure and increase the population in the Zapata Swamp are essential. 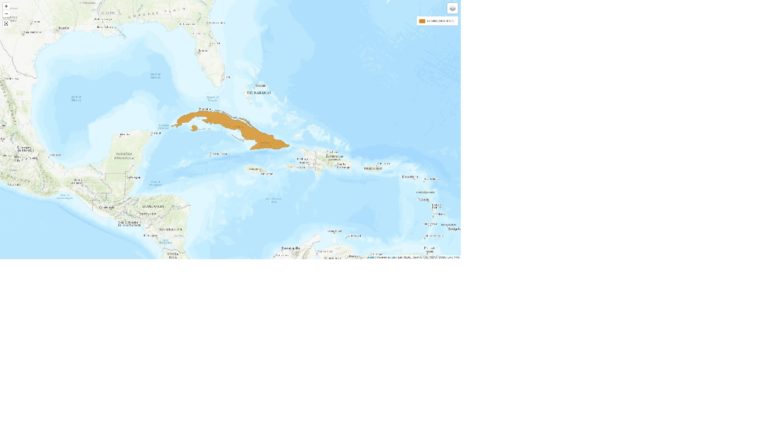 The Cuban crocodile is a medium-sized crocodile found in freshwater marsh and inundated shrub lands where it preys to a large degree on small mammals, particularly the native hutias (an animal of the rodent family that is found exclusively in Cuba) and freshwater turtles.

Cuban crocodiles feed on anything they can overpower including fish, turtles, and mammals. Their blunt, broad rear teeth aid in crushing the shells of turtles.

Cuban Crocodiles have very stocky, powerful legs that enable them to gallop at reasonable speeds for short distances. At the same time, their tails can propel them from the water perhaps better than any other crocodilian species today. Certainly the most ‘athletic’ crocodile species, Cuban crocs have little problem securing a meal.

Recent reports indicated that population numbers of the Cuban crocodile are showing signs of recovery; the population in the Zapata swamp is estimated at between 3,000 and 6,000 individuals.

There are two main threats: hunting and hybridisation, especially with the American crocodile, which limits the pure gene pool of this species. Hunting increased substantially from the 1990s to the present and is principally serving the tourist industry or for local consumption. Hybridisation has long been suspected but poorly understood. Recent genetic studies provide evidence that extensive hybridisation is taking place in the wild. A captive population is present in two areas (in the Zapata Swamp and in the Lanier Swamp) but hybrid animals are strongly suspected in these populations as well. Neither of these threats has been resolved.

This species is listed under Appendix I of CITES. There are also direct conservation measures, including captive breeding programmes, reintroductions and protected areas. Illegal hunting continues to occur; therefore further harvest management is required to reduce the rate of population decline currently occurring.

Active measures are underway to ensure both existent populations remain well protected but a further important conservation priority is the establishment of an alternative wild population.

Although the species has recovered in recent years, it remains highly vulnerable.

Torpedo and Missile, our pair of female Cuban crocodiles are quite the femme fatales. Lightening fast, ultra sharp and curious, they keep our zookeeper team on their toes.

Both exhibit the crocodilian intelligence and have been trained to respond to some basic commands. Training crocodiles – especially Cuban crocodiles – enables better and safer management of the animals. It keeps them engaged, mentally-stimulated, and makes working with them safer and more predictable.

We have a large, more complex exhibit planned for our Cuban crocodiles, but require some significant funding to implement this idea. Your adoption of our crocodiles will help us achieve this goal faster (especially with the set-back we and many other businesses suffered due to covid-19 lockdowns).