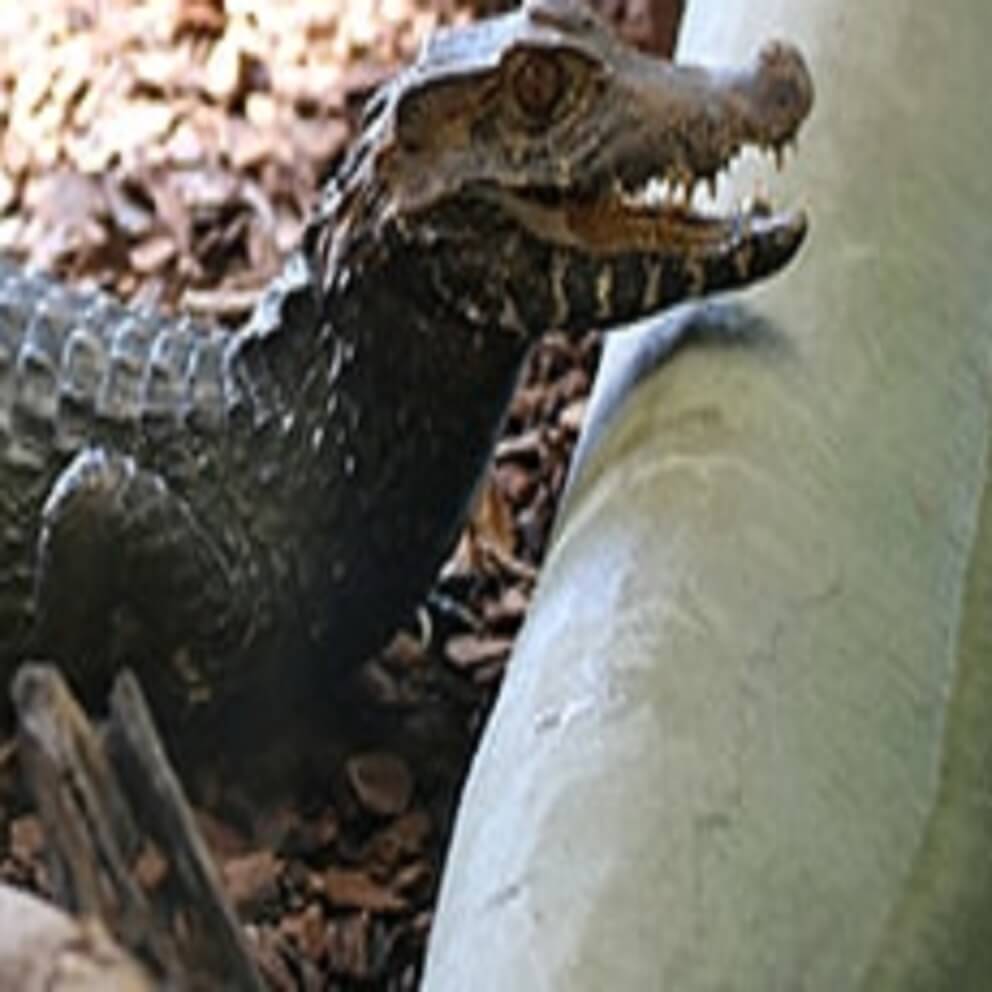 Cuvier’s dwarf caiman, also known as Cuvier’s smooth-fronted caiman, is a small caiman from northern and central South America. With an adult length of up to 1.6 metres (5.2 feet) in males, and up to 1.2 metres (3.9 feet) in females, it is the smallest species of crocodilian. Juveniles are brown with black banding. Adults are usually darker. They are believed to be the most primitive species of crocodilian. 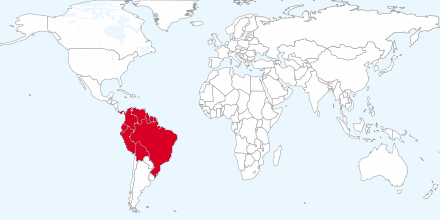 Cuvier’s dwarf caiman is a freshwater species native to tropical northern and central South America. It is found in forested riverine habitats and areas of flooded forest around lakes. It seems to prefer rivers and streams with fast-flowing water but is also found in quiet, nutrient-poor waters. It is able to travel quite large distances overland at night and individuals have sometimes been found in isolated, temporary pools.

Threats for Cuvier’s dwarf caiman come from habitat destruction, and pollution (for example, through gold mining activities). Collection for the pet trade has reduced population densities in local areas of some countries. Despite extensive survey data regarding population status, little is known about the biology and ecology of this species, and further research is required.

Our five Cuvier’s dwarf caimans cohabit in a small social group, together with native terrapin and turtle species.

We have had success breeding Cuvier’s dwarf caimans and in the autumn the zoo is often home to noisy caiman hatchlings!