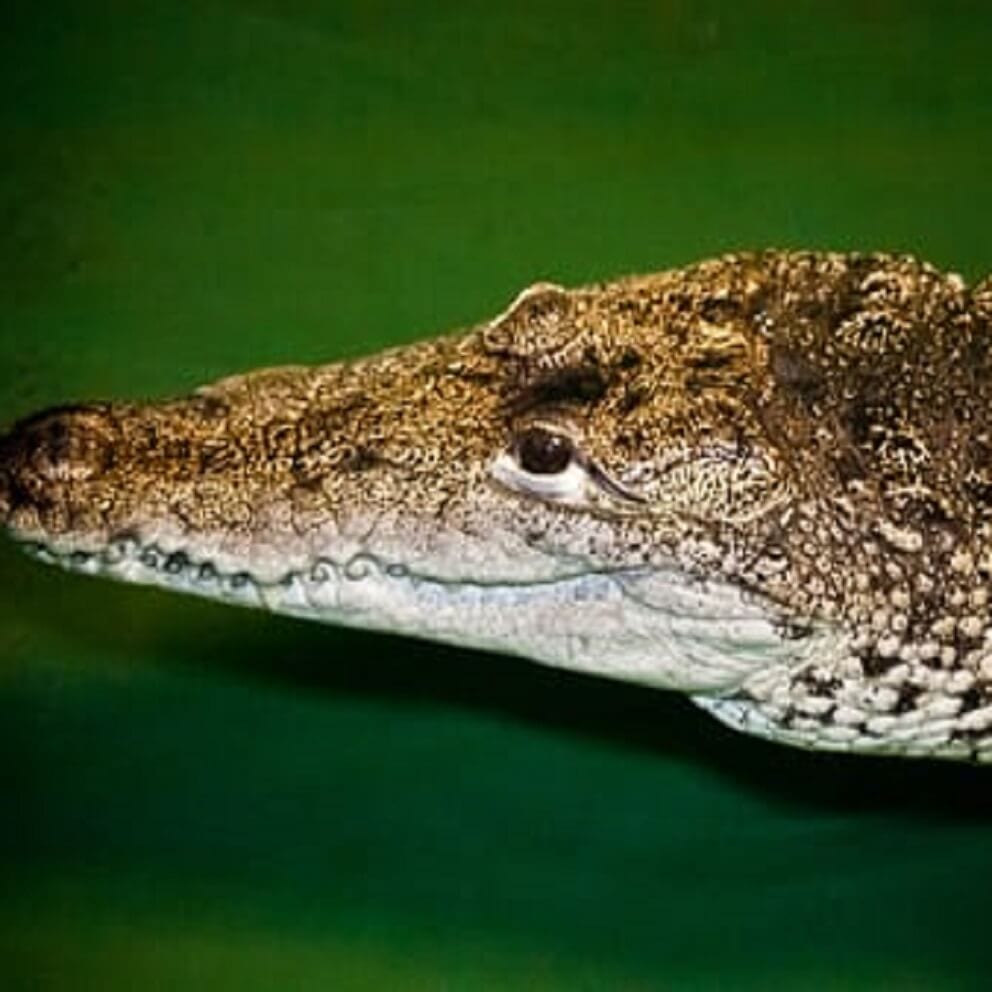 Morelet’s crocodile, also known as the Belize crocodile, is a relatively medium-sized species found only in fresh waters of the Atlantic regions of Mexico, Belize, and Guatemala. Adult males average 3 metres (9.8 feet) in length. The snout is quite broad for a crocodile. Their appearance and colour is similar to the American crocodile, but Morelet’s crocodiles tend to be a darker greyish-brown.

Morelet’s crocodile is classified as Least Concern on the IUCN Red List of Threatened Species. 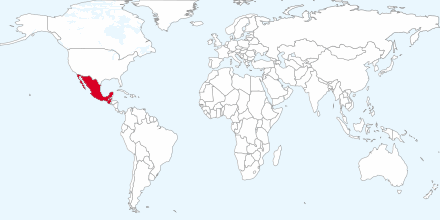 This species is distributed from northeastern Mexico’s central Tamaulipas area, through the Yucatan Peninsula to northern Guatemala and central Belize.

The species inhabits mainly freshwater areas such as marshes, swamps, ponds, rivers, lagoons and man-made water bodies, but occasionally is found in brackish or saline habitats. Recently, Morelet’s crocodiles have even been found residing in coastal water. Juveniles prefer denser cover for protection, and adults tend to aestivate (a state of animal dormancy, similar to hibernation) in burrows during the dry season.

Females construct a mound nest of fresh and decomposing vegetation and soil, into which 20-50 eggs are laid at the end of the dry season (usually mid-May to late June or early July). Hatching occurs in August and September, when the wet season is at its peak, after approximately 75 to 85 days of incubation.

Juveniles consume small invertebrates in and around the water, as well as small fish. Their diet expands to include a greater variety of prey, as they grow larger. They may also scavenge carrion.

While Morelet’s crocodiles tend to be dominant predators in their communities, their eggs and young often fall prey to older juveniles, larger mammals, snakes, wading birds, and gulls. Humans, jaguars, and large species of constricting snake will sometimes prey on adult crocodiles.

Due to the high quality of the skin, Morelet’s crocodile populations were severely depleted by hunting during the middle of the 20th Century. Increased development of their rainforest habitat is also threatening some populations.

Today there are on-going conservation measures in place for this species, including captive breeding programmes, protected areas and national and international legislative protection.

While this species has suffered population declines throughout its range, it is thought to be widely distributed in much of its original habitat, and in protected areas there are healthy populations. Recent survey data estimated the population size to be between 79,000 and 100,000 individuals in Mexico. Morelet’s crocodile populations in Belize recovered rapidly following cessation of skin hunting, and the species is now regarded as common, even occurring within urban areas such as Belize City.

Tests on wild eggs of this species show that exposure to chemical pollutants including pesticides may be a significant threat to the long-term survival of some populations.

This species is known to hybridise with the American crocodile in Mexico and Belize, a conservation concern for some populations of both species.

We currently have several Morelet’s crocodiles, and often have used this species in our educational programs. On display, a young Morelet’s crocodile can be seen in the Main Zoo building. This young crocodile was hatched at nearby Cotswold Wildlife Park in 2017. His parents now reside in our off-show area.

Adopt an animal at Crocodiles of the World including our Morelet’s crocodiles. Click here for information