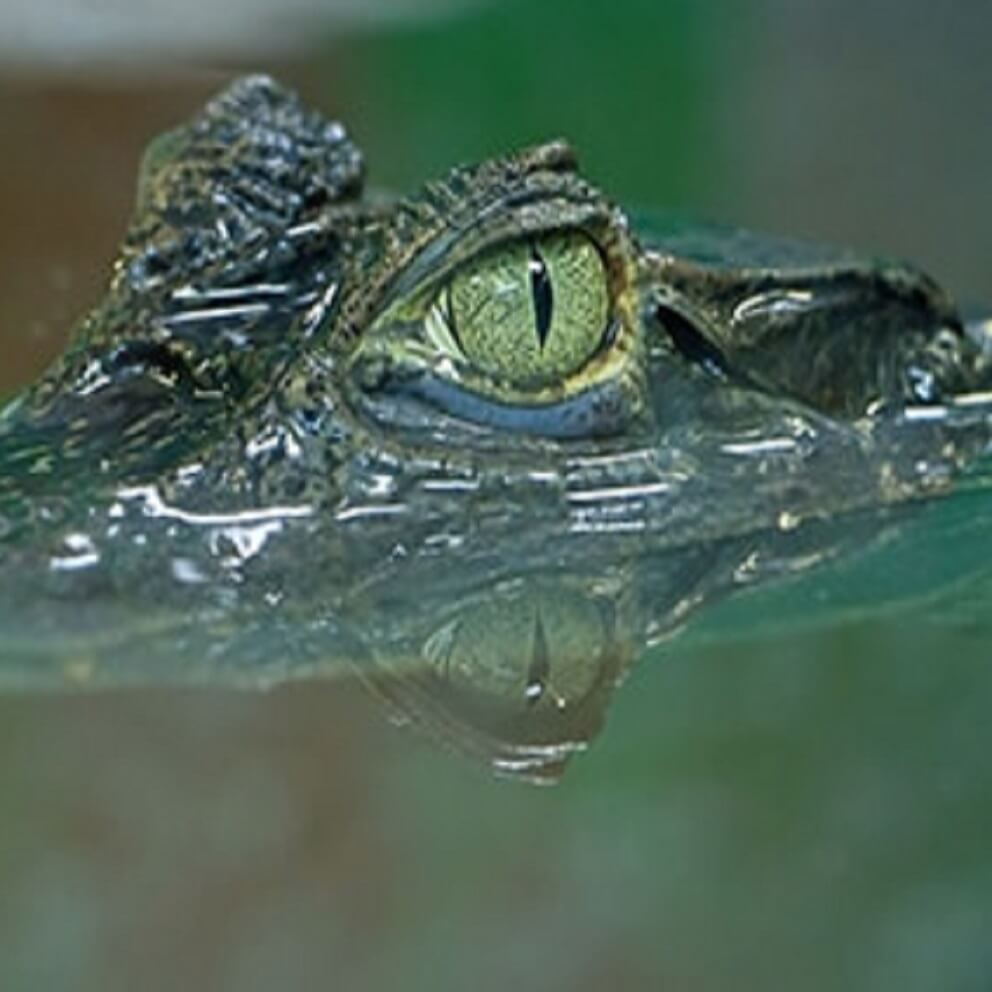 The spectacled caiman, also known as the common caiman, is found throughout much of Central and South America. Males grow to around 2 metres (6.5 feet), while females are smaller, usually around 1.4 metres (4.5 feet). The species’ name comes from a bony ridge between the eyes, which give the appearance of a pair of spectacles. It lives in a range of habitat types and can tolerate salt water as well as fresh; due in part to this adaptability it is the most common of all crocodilian species.

The spectacled caiman is classified as Lower Risk/least concern on the IUCN Red List of Threatened Species.

It is listed on CITES Appendix I (Caiman crocodilus apaporiensis) and Appendix II. 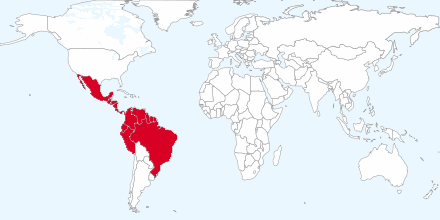 The spectacled caiman occurs mainly in the Amazon Basin, although its range does also extend further north. If the environmental conditions become too harsh, they will burrow into mud and aestivate (a state of animal dormancy, similar to hibernation).

Spectacled caiman eat a variety of invertebrates such as insects, crustaceans, and molluscs. Adults eat fish, other reptiles, and water birds. Older individuals are capable of taking large mammals like wild pigs and tapir. Cannibalism also occurs, especially during dry periods when prey is scarce.

The spectacled caiman is very much an opportunistic and adaptive predator; to which it may owe its ecological success.

This species benefits from overhunting of competitive species (particularly black caiman), which occupy the same range. This allows them access to resources normally lost to these other species.

There are more than 1,000,000 spectacled caimans in the wild making them the most densely populated of all crocodilians.

The major threat to the spectacled caiman is now illegal hunting, while habitat destruction and environmental pollution, such as contamination with heavy metals, may also pose a threat. Most under threat is the subspecies Caiman crocodilus apaporiensis, which has a highly restricted range in Colombia, and is also severely depleted in El Salvador. However, in areas where the spectacled caiman has been introduced, often through the release of unwanted pets, the species may be responsible for declines in native wildlife, and is thought to have contributed to the disappearance of the Cuban crocodile from the Isle of Pines, Cuba.

The continued success of the spectacled caiman may rely on appropriate management and on the long-term viability of sustainable use programs.

We are currently home to two spectacled caimans. We also have some babies which were hatched from this pair in 2015.

In August 2017 we took in a rescued Spectacled caiman from a Bristol reservoir who is currently in quarantine for observation and to assess its health.